A Delicate Balance: Managing Staff and Donor Politics in a Divisive Landscape 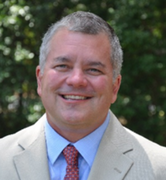 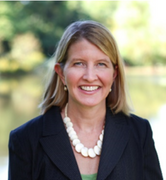 Politics have a way of oozing into every aspect of our lives these days, so why should the nonprofit world be any exception?  If politics transcend or thwart mission impact, the outcome could be disastrous for the organization and the causes they serve.

Studies show that nonprofit professionals, as a whole, tend to lean to the left politically, while many of the major donors that support their work lean to the right. This imbalance can create a natural tension—and an agenda many donors aren’t interested in funding. We believe the split has long been in existence, but it has become more pronounced recently as our country and our citizens have become more polarized.

Colleges and universities have grappled with this conflict for decades, and in the past few years, we’ve seen it become an issue across other nonprofit sectors as well. Among organizations like the ACLU or the NRA, there is little need to balance staff and donor beliefs because they are most likely aligned. But what about a food bank, a hospital foundation, or an independent school—nonprofits that should be apolitical?

As the number of donors nationwide continues to drop the stakes are high. We, as nonprofit professionals on both sides of the aisle, must avoid the politicization of our organizations or risk alienation from donors who want to support apolitical organizations.

How Can We Avoid Creating a Political Divide in Our Organizations?

These recommendations may sound like common sense, but we have seen too many organizations stumble because they’ve failed to follow them.  Let their missteps be a lesson.

AFP Code of Ethics encourage us to put philanthropic mission above personal gain.

We recently saw the importance of this advice first-hand when a new president arrived on the campus of a midwestern university we worked with. The president brought new energy, new ideas, and excitement for the university’s future. They came from an institution where the topic of diversity, equity, and inclusion was critically important to trustees, alumni, students, and the community surrounding the university.

The new president quickly introduced DEI initiatives—out of context and without much discussion—as one of university’s key capital campaign priorities. The campaign study revealed a disconnect between donors and the president’s actions.

Many trustees and key donors believed that the new president was pushing their own agenda at the expense of the programs they had championed for decades. Feeling their input was no longer important to the administration, they considered seeking another cause. Intensive cultivation and relationship-building was required to repair the relationship in advance of the university’s campaign.

An animal shelter we partnered with recently launched a capital campaign to build a new shelter. The homeless pet population had soared, and they were having trouble finding space for the dogs and cats in their care. In the midst of the campaign, shelter staff felt that it was important to establish a committee solely focused on implementing green energy practices.

Board members and donors—even those who value environmental stewardship—questioned the actions as irrelevant. The time and attention staff took away from the campaign efforts jeopardized the work of the volunteers and the investment of the donors. And they risked alienating donors who didn’t share their beliefs.

We tell our clients that nothing is as important as honoring the donor. That includes staying away from hot topics.

If you lie to your donors, you run the risk or eroding any trust you have with them. Instead, if a donor asks for party affiliation or your views on a politically charged topic, politely steer the conversation in a different direction, or tell the donor it’s the organization’s policy not to promote any political viewpoint. And remember that promoting a political view on behalf of a nonprofit can jeopardize an organization’s 501(c)(3) status.

To maintain an apolitical environment within an organization, always approach potentially divisive topics with care. If a new program truly advances the mission but could be seen as having political bias, spend time educating your board and donors on its importance.

We saw a situation recently when one of our community service partners was updating its mission. While staff leaders and board members were reviewing the current mission statement, a heated discussion arose around existing language that progressive staff members found offensive.  Board members had never considered the words in any context other than a positive one.

Fortunately, staff and board members had built a relationship of mutual trust over the years. The discussion became an opportunity to open minds on both sides. Had that respect not been present, the situation could easily have resulted in either the donor or the staff members severing their relationship with the organization.

In our divided world today, it’s critical that we strive to maintain political neutrality. This means focusing on our missions and not on personal agendas. It’s listening to our donors—the investors that make our work possible. When we follow these best practices, we are far more likely to build a cohesive and highly functioning organization.

For years, the term “donor centric” has been thrown around so often that it’s become white noise. Yet, the most effective and well-funded organizations put this principle into practice every day.  We’re not saying that donors should run the show or even use the nonprofit to advance their own personal agendas.

To illustrate the point, we worked with a national historic preservation organization that enjoys significant support from wealthy donors, most of whom are conservative and over the age of 70. As the organization prepared for a campaign, one of the priorities the staff advocated for was the use of new technology platforms like virtual reality and smart phone apps to bring historic sites to life. The priority failed to secure traction and major funding because their donor base didn’t understand it—and didn’t trust “big tech” in general. Seeing the staff embrace technology so fervently also threatened the donors’ confidence in them.

Above all else, remember to invite donors to share what is important to them, then look for ways to align their philanthropic priorities with your goals. Involve them in the discussions, particularly during strategic planning sessions.  Never try to pitch a project to a donor without knowing their philanthropic passions. And certainly, don’t ever share your political viewpoints with a donor. Always put philanthropic mission above personal gain.